The History of MP3

Two names are mentioned most frequently in connection with the development of MP3. The Fraunhofer Institut was helped with their audio coding by Dieter Seitzer, a professor at the University of Erlangen. Dieter Seitzer had been working on the quality transfer of music over a standard phone line. The Fraunhofer research was led by Karlheinz Brandenburg often called the "father of MP3". Karlheinz Brandenburg was a specialist in mathematics and electronics and had been researching methods of compressing music since 1977. In an interview with Intel, Karlheinz Brandenburg described how MP3 took several years to fully develop and almost failed. Brandenburg stated "In 1991, the project almost died. During modification tests, the encoding simply did not want to work properly. Two days before submission of the first version of the MP3 codec, we found the compiler error."

MP3 stands for MPEG Audio Layer III and it is a standard for audio compression that makes any music file smaller with little or no loss of sound quality. MP3 is part of MPEG, an acronym for Motion Pictures Expert Group, a family of standards for displaying video and audio using lossy compression. Standards set by the Industry Standards Organization or ISO, beginning in 1992 with the MPEG-1 standard. MPEG-1 is a video compression standard with low bandwidth. The high bandwidth audio and video compression standard of MPEG-2 followed and was good enough to use with DVD technology. MPEG Layer III or MP3 involves only audio compression.

What Can MP3 Do

Fraunhofer Gesellschaft has this to say about MP3:"Without Data reduction, digital audio signals typically consist of 16 bit samples recorded at a sampling rate more than twice the actual audio bandwidth (e.g. 44.1 kHz for Compact Discs). So you end up with more than 1.400 Mbit to represent just one second of stereo music in CD quality. By using MPEG audio coding, you may shrink down the original sound data from a CD by a factor of 12, without losing sound quality." 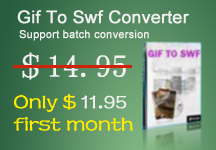